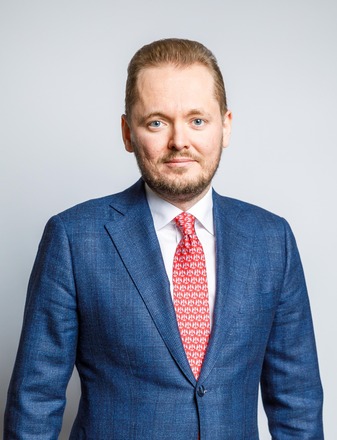 Maxim Nedzvetskiy was born in 1982 in Novy Urengoy. He graduated with honors from the Peoples' Friendship University of Russia, majoring in Economics. He has a PhD in Economics and an MBA. He completed a professional retraining course at the , specializing in Oil and Gas Production.

Maxim Nedzvetskiy has been part of Gazprom's team for 14 years.

From 2004 to 2017: Lead Economist, Sector Head, Division Head at NIIgazeconomika.

From 2013 to 2018: Head of the Science & Technology Directorate of the Prospective Development Department and then Head of Directorate at Department, Gazprom.

We use “cookies” to give you the best services. The “cookies” are saved on your computer (location data; IP-address; type, language, OS and browser version; device type, screen resolution; user’s browsing history; what sites the user visits and what buttons clicks). This information is used to process web-site statistic data by Google Analytics and Yandex Metrics internet services). By clicking “Got it”, you agree to allow cookies to be used on our web-site. You can switch off cookies in your browser’s settings.